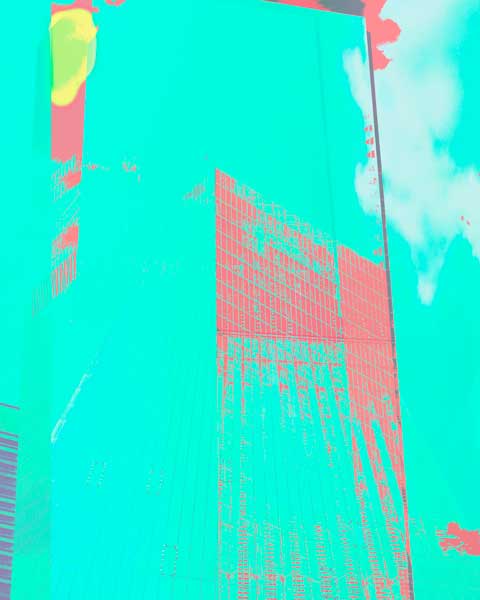 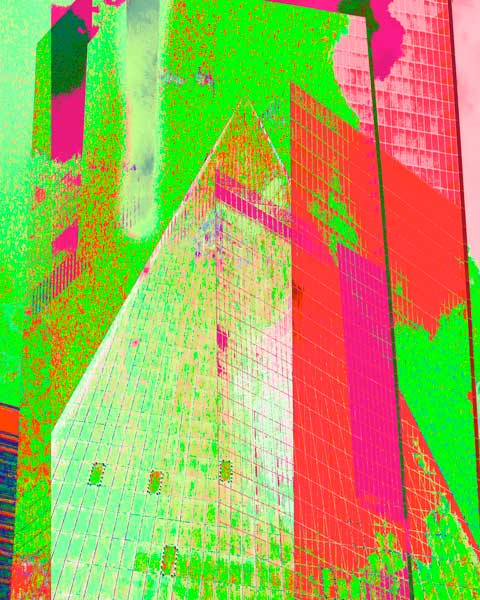 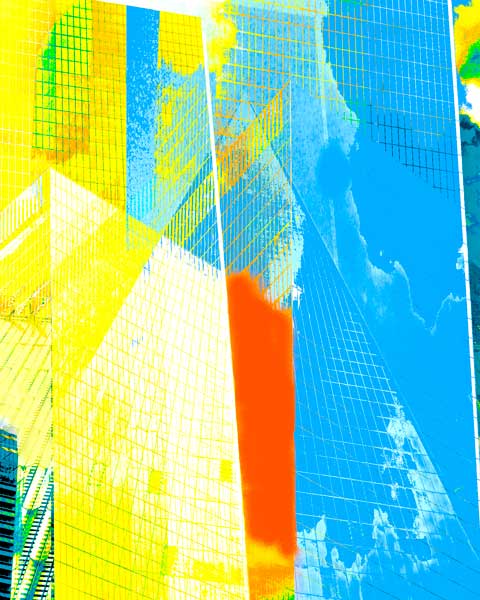 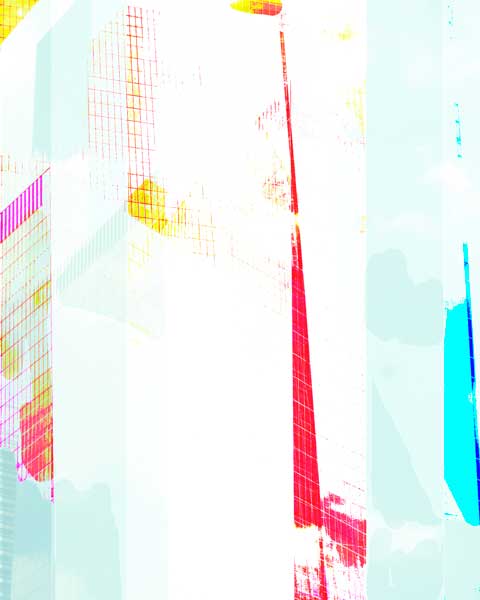 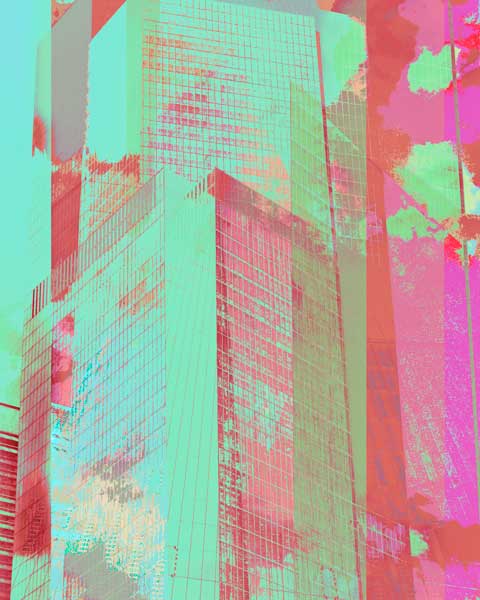 This series of 42 prints is based on two snapshots I took during a visit to the World Trade Center Memorial in 2014.  The flagship building One World Trade Center was due to open within days, and the building Four World Trade Center had been open for just under a year. This visit was deeply personal to me as I was living in Arlington, Virginia, in 2001, within a mile from the Pentagon when it was hit, and had direct experiences on that traumatic day.

Months later, I started playing around with the two photographs I had taken in New York, and one thing led to another, and I soon had two or so versions of new artwork.

Slowly the intention came to me to make a more comprehensive series, to honor the events of that day in 2001, and to celebrate the human spirit which persists in the creation of the new from the ashes of the old.  In the end I had more than 100 pieces of new artwork. The process I used was to layer the two photographs in Photoshop in the manner of a double exposure, and then add more layers to heavily manipulate the color. This also resulted in the mutation of various shapes from the two photographs. I made a conscious decision to not cosmetically alter the original photographs which contained numerous flaws, especially overexposed areas from sun reflections.

My artistic aim was to explore the degree to which a wide range of feelings and mood could be generated from the manipulation mainly of color using one combined image as the starting point.  I attempted to make as many unique images as possible.